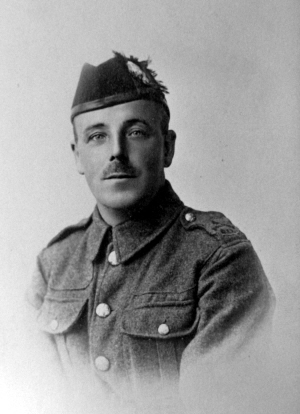 Vincent Brooke was born in Ossett in 1878, the second child and first son of master joiner and builder, William Edward Brooke and Ann (nee Mitchell) who had married in 1876. By 1881, Vincent is living with his parents and sister, Eliza, on Storrs Hill Road, Ossett. By 1891 the family had moved to Horbury Road and 12 year-old Vincent had another two siblings: Robert Clifford Brooke (born 1888) and Elsie Jane Brooke (born 1890).

By 1901, Vincent, now aged 22, was working as an overlooker in a rag shop, a responsible job for one so young. He also had another sister, Sarah E. Brooke, born in 1893. The family were now living in Albert Street, Ossett and Vincent’s father, William Edward, was a Foreman Joiner.

Vincent’s father died in 1908 aged 55, and in 1911, Vincent now aged 32 was an overlooker in the Rag Trade. He was now living at 'High Lea', Vicar Lane, Ossett with his 58 year-old widowed mother, Ann. Also living there were Vincent’s 22 year-old brother Robert Clifford Brook, a grocer’s assistant, and his two sisters Elsie Jane, aged 21, a school teacher working for Ossett Education Authority and Sarah Ellen aged 18.

Unusually, Vincent Brooke’s War Service Record has survived. Private 4826, Vincent Brooke of 'High Lea', Vicar Lane Ossett was aged 37 years and 1 month and a Rag merchant when he re-joined the Regular Army from 'B' Reserve on 4th May 1916 having attested at Ossett on 10 December 1915. It seems probable that Vincent signed up under the Derby Scheme whereby men aged between 18 and 40 were informed that under the scheme, they could continue to enlist voluntarily or attest with an obligation to come if called up later on. The War Office notified the public that voluntary enlistment would soon cease and that the last day of registration would be the 15th of December 1915. This was the day on which Vincent enlisted voluntarily.

On the 11th December 1916  he was in Halstead Army hospital for tests N.Y.D (not yet diagnosed), but this revealed no abnormalities. By this time he was allocated to the 2nd/4th Battalion, Royal Scots. Vincent was just 5ft 1¾ inches tall, i.e. a "bantam" weighing 119lbs. He was listed "at home" between 4th May 1916 and the 19th January 1917, when he joined the British Expeditionary Force (BEF) and embarked for France. He arrived in France the same day and reported to Etaples Base Camp on 20 January 1917.

By the 18th February 1918, he was in the field with the Royal Scots 5th/6th Battalion and allotted a new regimental service number 278312. The 5/6th Battalion was formed in July 1916 from the depleted 1/5th and 1/6th Territorial Battalions. Vincent was granted leave between the 16th February and the 2nd March 1918, but there is no reference to a return to the UK. He presumably returned to his regiment at the end of this leave before being attached to 14 Brigade Working Party on the 31st May 1918. He rejoined the 5th/6th Royal Scots on the 27th June 1918.

These entries place Vincent in the same theatre of war as Bennett’s 35th Division in early 1918. The 17th Battalion Royal Scots are listed in the 35th  Division’s Order of Battle as being in the 106th Infantry Brigade, which is the same Brigade as Bennett (who was in the 106th Brigade Machine Gun Corps).

Vincent Brook was reported missing on the 11th August 1918 and later the same day reported killed in action aged 39 years of age. On the morning of the 11th of August1, the 5/6th Battalion Royal Scots with the 1st Battalion Dorset Regiment took part in an attack on the village of Damery, just beyond the by now disused front line of 1916. They left the old British trenches and crossed the wilderness of a shell-pocked no man's land, now swathed in weeds, penetrating the old German trench line before the attack was halted by well-sited German machine guns in the woods and villages beyond.

Sadly, Vincent died 3 months to the day before the Armistice. His original place of burial is recorded as Parvillers British Cemetery no 2, located 9½ miles NNE of Mondidier, France. The CWGC Memorial at Bouchoir New British Cemetery2 holds 532 graves of British soldiers. There are 95 named Royal Scots dead buried here, all killed on the 11th of August. The New British Cemetery at Bouchoir was made after the Armistice when graves were brought there from several small Commonwealth cemeteries and from the battlefields round Bouchoir (including Parvillers) and south of the village. Almost all date from March, April or August 1918. 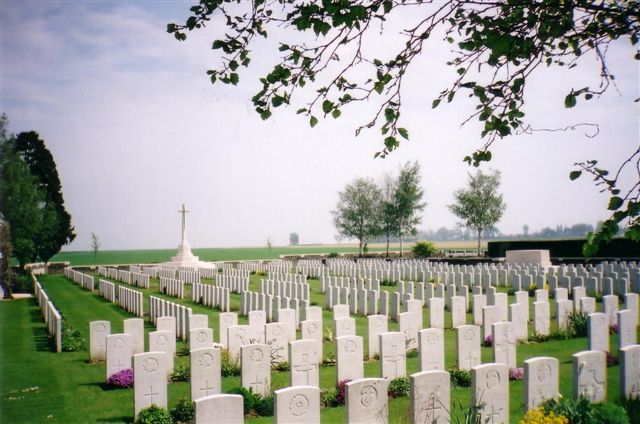 Following his death Vincent’s only possession returned to his mother was his wallet, which was returned on 10th March 1919.

The Form W 5080 was sent with a cover note from the MOD which read "In order that I may be enabled to dispose of the plaque and scroll in commemoration of the soldier named overleaf...." Perhaps Vincent’s mother had tired of  the MOD’s insensitivities and had instructed the MOD to direct communications to her solicitor, R. Oddie Esq., Solicitor, Richmond Terrace, Blackburn?

It seems likely that Vincent’s brother, Robert Clifford Brooke (born 1888) also served in the British Forces, but it has not been possible to positively identify his service or medal record. 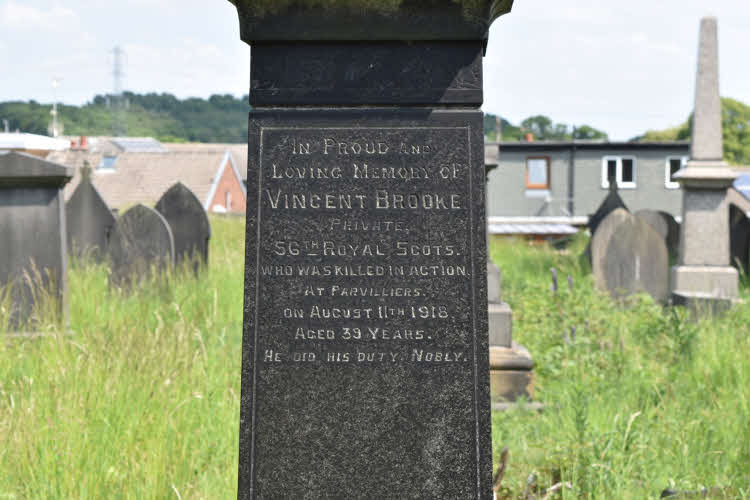 Above: The Brooke grave at St. John's Methodist Chapel showing the memorial to Vincent Brooke, the son of William Edward Brooke. Picture courtesy of Lisa Jennings.